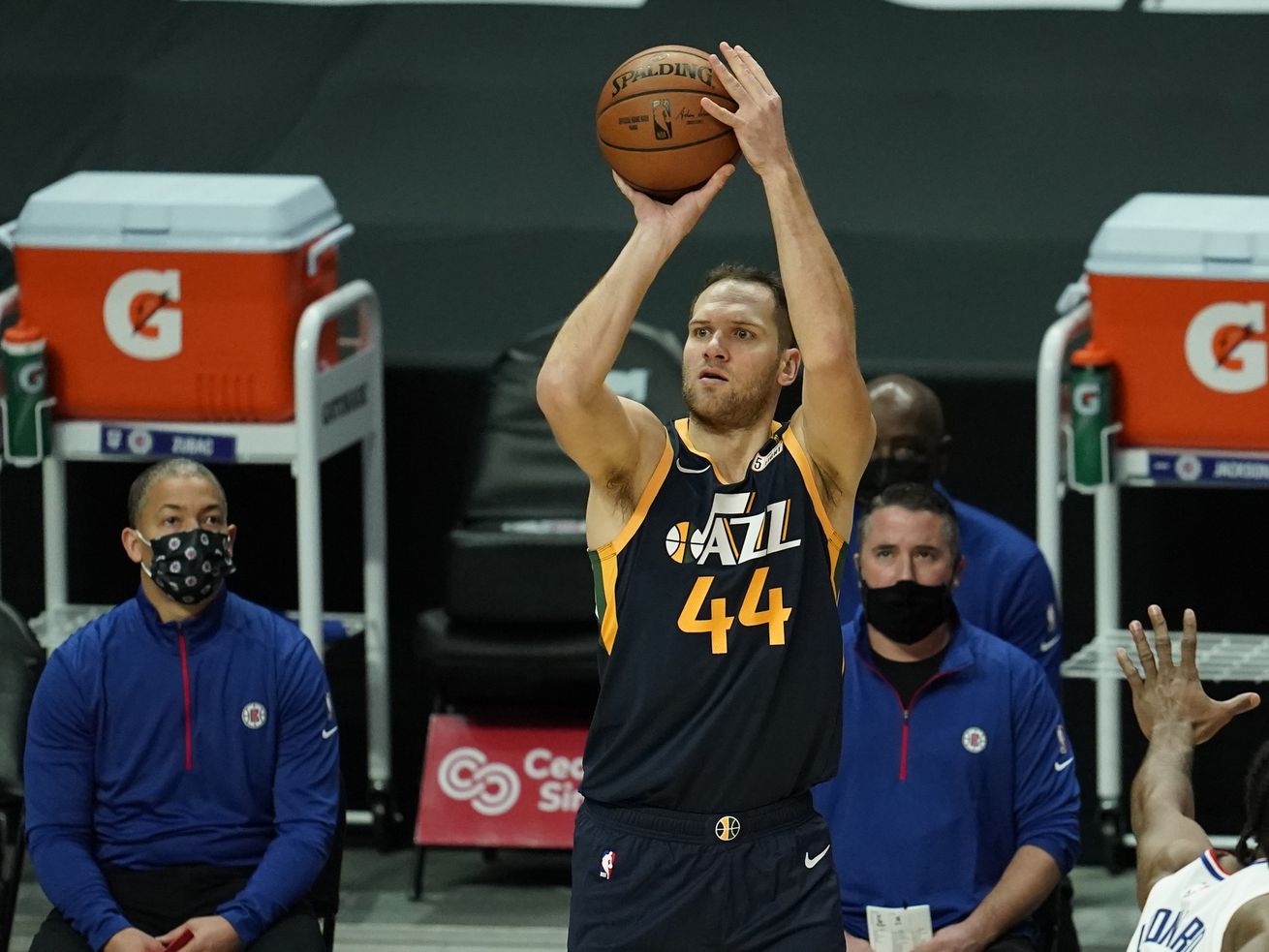 After long layoff from the game while recovering from surgery, Jazz sharpshooter knows he needs ‘to stay confident’

OKLAHOMA CITY — If you thought that Bojan Bogdanovic was going to start out the season and look exactly as he did when the 2019-20 season was suspended, maybe it’s time to temper expectations just a little bit.

The seventh-year small forward put up career-high numbers last season, scoring 20.2 points per game — second highest on the Utah Jazz — and doing so by shooting 41.4% from the 3-point line and 90.3% from the charity stripe.

There’s no reason to believe those numbers won’t be replicated by Bogdanovic this season, it just might take him a little more time to get back to normal.

Full Story from the Deseret News...
Last edited by a moderator: Dec 30, 2020
You must log in or register to reply here.