The United States is NOT a democracy and never was

Who are these male swimmers with Olympic gold medals in the women's categories? Or, were you referring to Iszac Henig, who still has a female body, as they have not taken any gender-altering hormones yet? Do all you conservanuts get your talking points from the same source?

Gameface said:
This is really funny because I was going to post a pet peeve yesterday about how fun it is to have someone explain that the United states is a Constitutional Republic.

So this thread makes it about the 1,000,000th time I've had it unnecessarily explained to me that the United States is NOT a Democracy.

The point is SO incredibly relevant... oh wait, it isn't.
Click to expand...

But did you catch on that the country is NOT a Representative Democracy? That is an important point, for, uh, reasons. Don't want you to miss that one.

One Brow said:
Who are these male swimmers with Olympic gold medals in the women's categories? Or, were you referring to Iszac Henig, who still has a female body, as they have not taken any gender-altering hormones yet? Do all you conservanuts get your talking points from the same source?
Click to expand...

Pretty sure he is referring to Lisa Thomas. Not exactly olympic gold but breaking all kinds of women's swimming records. 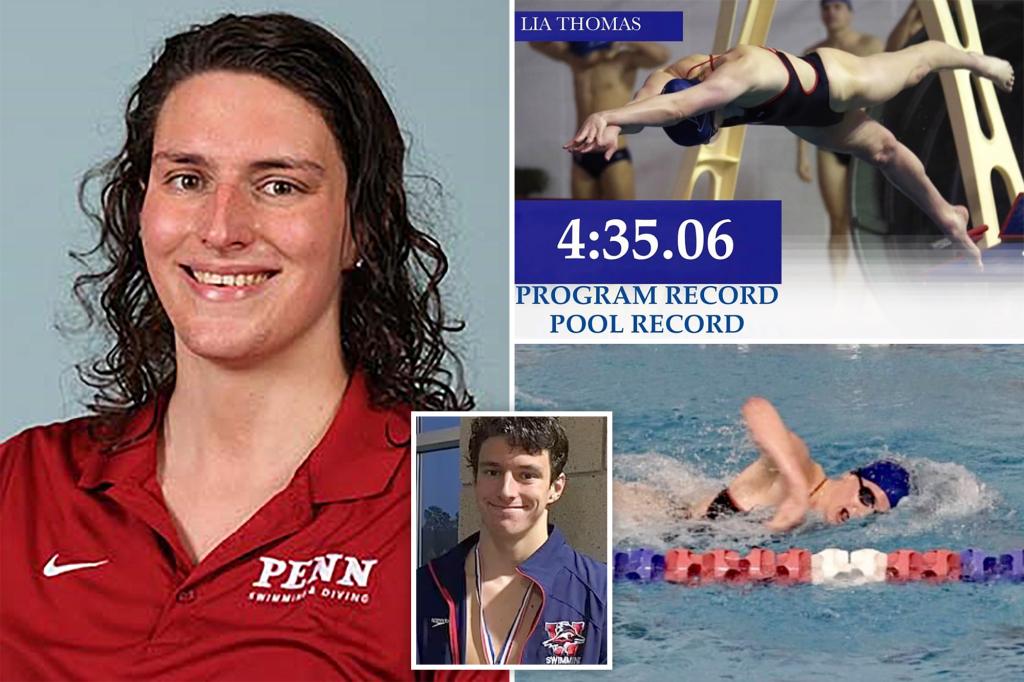 Lia Thomas, a 22-year old transgender swimmer at the University of Pennsylvania, has been shattering women’s records at the school.

LogGrad98 said:
Pretty sure he is referring to Lisa Thomas. Not exactly olympic gold but breaking all kinds of women's swimming records.

Lia Thomas, a 22-year old transgender swimmer at the University of Pennsylvania, has been shattering women’s records at the school.

One Brow said:
You mean, the person that Iszac Henig soundly outswam?
Click to expand...

I have no horse in this race, I just think this is who he was referring to.

They remain united behind Trump, and they have decided that if they cannot have democracy and Republican rule, then democracy has to go.”

One way to help dilute, defuse, hopefully stamp out, all this brouhaha over 1/6, all this anguish over the “fate of American democracy” is to simply convince people “what democracy??”.

Silly people.C’mon, do you really think this is happening:

“How are Republicans justifying their assault on democracy? They consider themselves the sole proponents of “real America”, and they believe to be defending it against the insidious forces of leftism and “wokeism” that have supposedly captured the Democratic party. What follows from that proposition is that Democratic governance – whether or not it has the support of a majority of the electorate – is fundamentally illegitimate: the Democratic party is not simply a political opponent, but a radically “un-American” enemy.”

And, what could go wrong? All this anguish over 1/6, and the 1/6 Committee, all this worry over something that does not exist, and never has!

What could go wrong?

“Could it actually happen here? Without effective federal legislation to protect and reform democracy, the country will rapidly turn into a dysfunctional pseudo-democratic system at the national level – and on the state level will be divided into democracy in one half of the states, and authoritarian one-party rule in the other. As a whole, America would cease to be a democracy.”

(The above paragraph strikes me as a high probability outcome. Silly me I guess).

Besides, if you’re that concerned, you can always take part in the American tradition of protest. You can take to the streets and voice your concerns:

“Practice corporeal politics. Power wants your body softening in your chair and your emotions dissipating on the screen. Get outside. Put your body in unfamiliar places with unfamiliar people. Make new friends and march with them.”
― Timothy Snyder, On Tyranny: Twenty Lessons from the Twentieth Century

Understand, as the years unwind, you may find that avenue has had a few roadblocks put up: 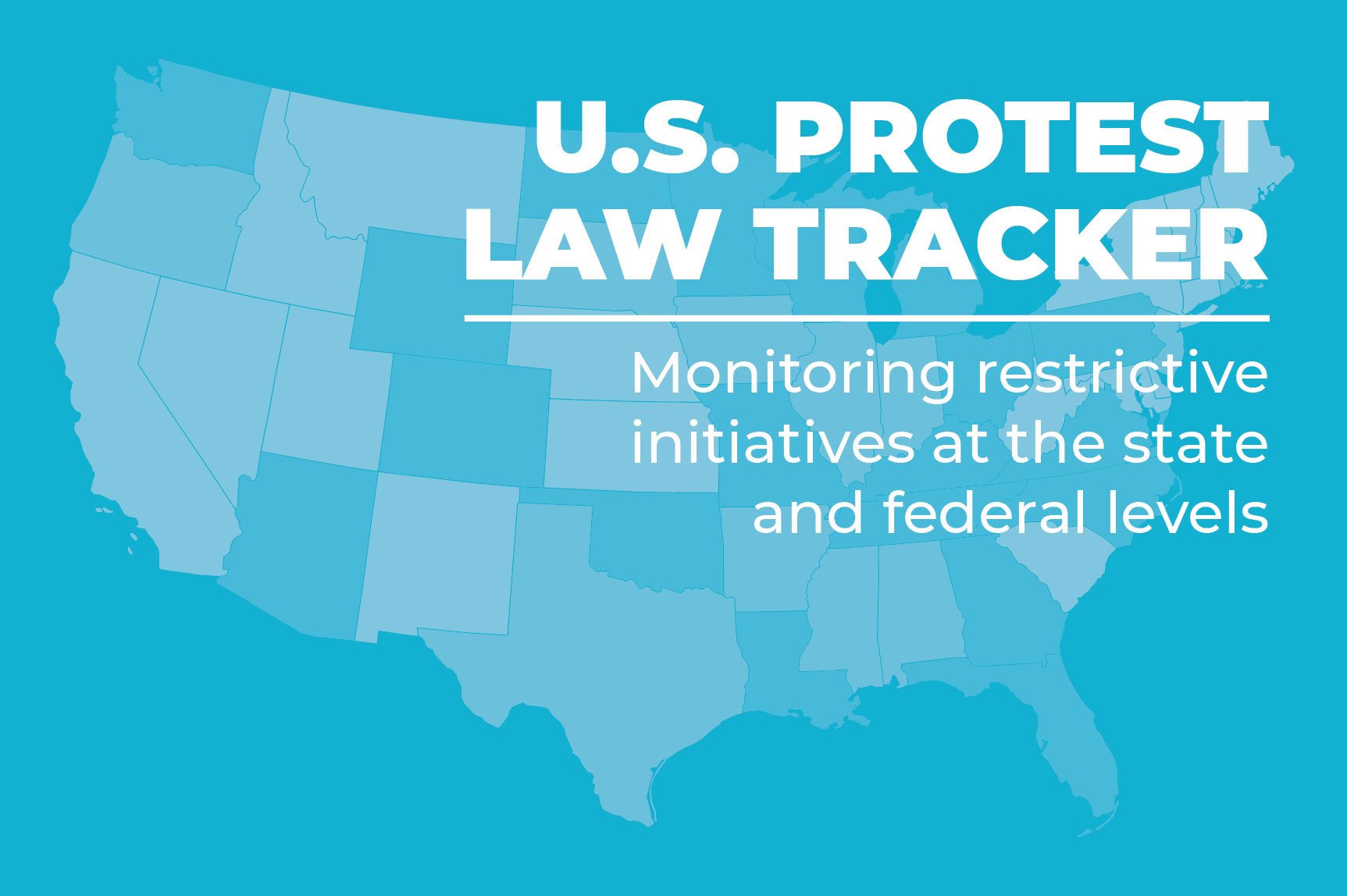 The US Protest Law Tracker, part of ICNL’s US Program, follows initiatives at the state and federal level since November 2016 that restrict the right to protest. Click this link to see the full Tracker.

Red said:
How are Republicans justifying their assault on democracy?
Click to expand...

Welcome back to Middle School where we relearn something Americans should have all been taught in 7th grade Social Studies and had reinforced in 8th grade Civics. The United States is not a democracy. It never was. The United States is a republic. Those telling you that our democracy is in danger are trying to manipulate you with a lie.

Hey Democrats, how about giving up on fanciful big lie claims that all future elections will be stolen and instead fix the inflation mess you caused? Remember the Bill Clinton winning campaign theme of "It's the economy stupid"? Maybe try responsible governance rather running the money printing presses as fast as possible, insisting the United States project the strength of wet toilet paper internationally, and demonizing half the country? Just a thought.

I get accused from time to time of making a big deal about the United States being a republic rather than a democracy. There is an important reason for it: I really love our country and I don’t want to see it destroyed.

Democracy is really dangerous. Democracy is control of you. I’d like to introduce you to a man who has shaped your life without you even knowing. He was named by Life magazine as one of the most influential people of the 20th century. His name is Edward Bernays, known as the father of public relations.

“The conscious and intelligent manipulation of the organized habits and opinions of the masses is an important element in democratic society. Those who manipulate this unseen mechanism of society constitute an invisible government which is the true ruling power of our country. ...We are governed, our minds are molded, our tastes formed, our ideas suggested, largely by men we have never heard of. This is a logical result of the way in which our democratic society is organized. Vast numbers of human beings must cooperate in this manner if they are to live together as a smoothly functioning society. ...In almost every act of our daily lives, whether in the sphere of politics or business, in our social conduct or our ethical thinking, we are dominated by the relatively small number of persons...who understand the mental processes and social patterns of the masses. It is they who pull the wires which control the public mind.”
― Edward Bernays, Propaganda (book published in 1928)
Click to expand...

If you got married or engaged and the engagement ring had a diamond, that is Edward Bernays. Bernays made smoking cool. Bernays worked with Progressive Democrats like Woodrow Wilson and Conservative Republicans like Calvin Coolidge. Much of the Red Scare was Bernays. He was the nephew of famed psychoanalyst Sigmund Freud and was the first to use Freud’s insights into human psychology to manipulate society. That you know who Sigmund Freud is at all is only because of Bernays making you know about him.

There was a great, award winning documentary series by the BBC that delved into Edward Bernays, the Freud family, and the impact they had on our society.

The techniques developed by Edward Bernays are incredibly effective. They work. They don’t always get everyone but they do snag the majority and if you employ them in the context of democracy then what you get is control of everyone.

The difference between democracy and a republic are the limitations on the public. In a democracy, representational or direct, it is the will of the people that has ultimate authority. In a republic there are guardrails that constrain the will of the people. That is the difference. Those repeating the phrase “our democracy is in danger” are repeating the marketing being used to justify tearing down the guardrails. If those guardrails get removed there will be nothing to stop these Bernays techniques from seizing absolute control of you. In a democracy, the individual is nothing. Only the majority matters and the majority can always be controlled.

For today at least, the United States is a republic and I am thankful for it.

Contributor
2018 Award Winner
2019 Award Winner
2020-21 Award Winner
Lol weirdo
It has been called a democracy a million times over the years and according to you, For today at least, the United States is a republic.
Therefore calling the United states a democracy has had no effect on anything since it is still a republic right?
In other words, mountain out of a molehill. SOP
Last edited: Feb 19, 2022

Al-O-Meter said:
The United States is a republic. Those telling you that our democracy is in danger are trying to manipulate you with a lie.
Click to expand...

Is there a reason to not merge this thread in with Stupid Pet Peeves? Because I don't see any real-world implications here.

Not as popular as how a bill becomes a law but it's right there.

One Brow said:
Is there a reason to not merge this thread in with Stupid Pet Peeves? Because I don't see any real-world implications here.
Click to expand...

Merging this with SPP would needlessly clutter up an otherwise entertaining thread.

It should be merged with the Useless Link thread. Is that still around?
You must log in or register to reply here.