Al-O-Meter said:
...or my wife is a scientist who talks about the latest literature on the subject. It was known all the way back in 2000 that COVID-19 was at least partially airborne. 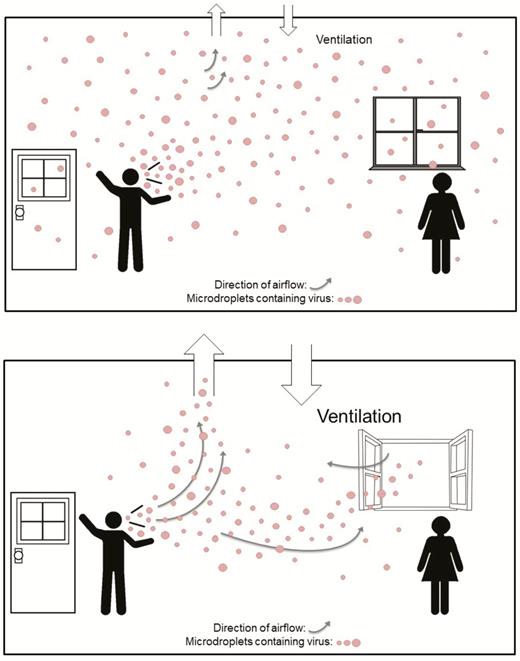 Being in water droplets going through the air would make it airborne. The first paper you just linked to refers to "microscopic respiratory droplets (microdroplets)" as the mode of transportation, the point of masks being to disrupt the flow of these droplets.


Al-O-Meter said:
The next year, there was even more evidence that not only was COVID-19 airborne but that it was becoming more so.

This second paper also identified the transmission via water droplets, and in addition emphasized the masks in reducing airborne transmission.


Al-O-Meter said:
There are numerous mask studies through the course of the pandemic that showed a reduction in mask effectiveness that you and I have commented on earlier. I can post the scientific work again if you want but mask started with an effectiveness of around 33% for adults universally wearing cloth masks in the initial outbreak, and had dropped all the way to 5% effectiveness for cloth masks during Delta which caused much of Europe to ban cloth masks as being ineffective against Delta.
Click to expand...

5% is the low end for cloth masks of (IIRC) synthetic fibers or very low thread counts with a single layer. When you change to cotton, or add layers and thread count, the percentage can rise to over 80%.


Al-O-Meter said:
The data about Omicron being even more airborne than Delta is still early but was indicated in the Scientific Advisory Group for Emergencies (SAGE) out of the UK last month. 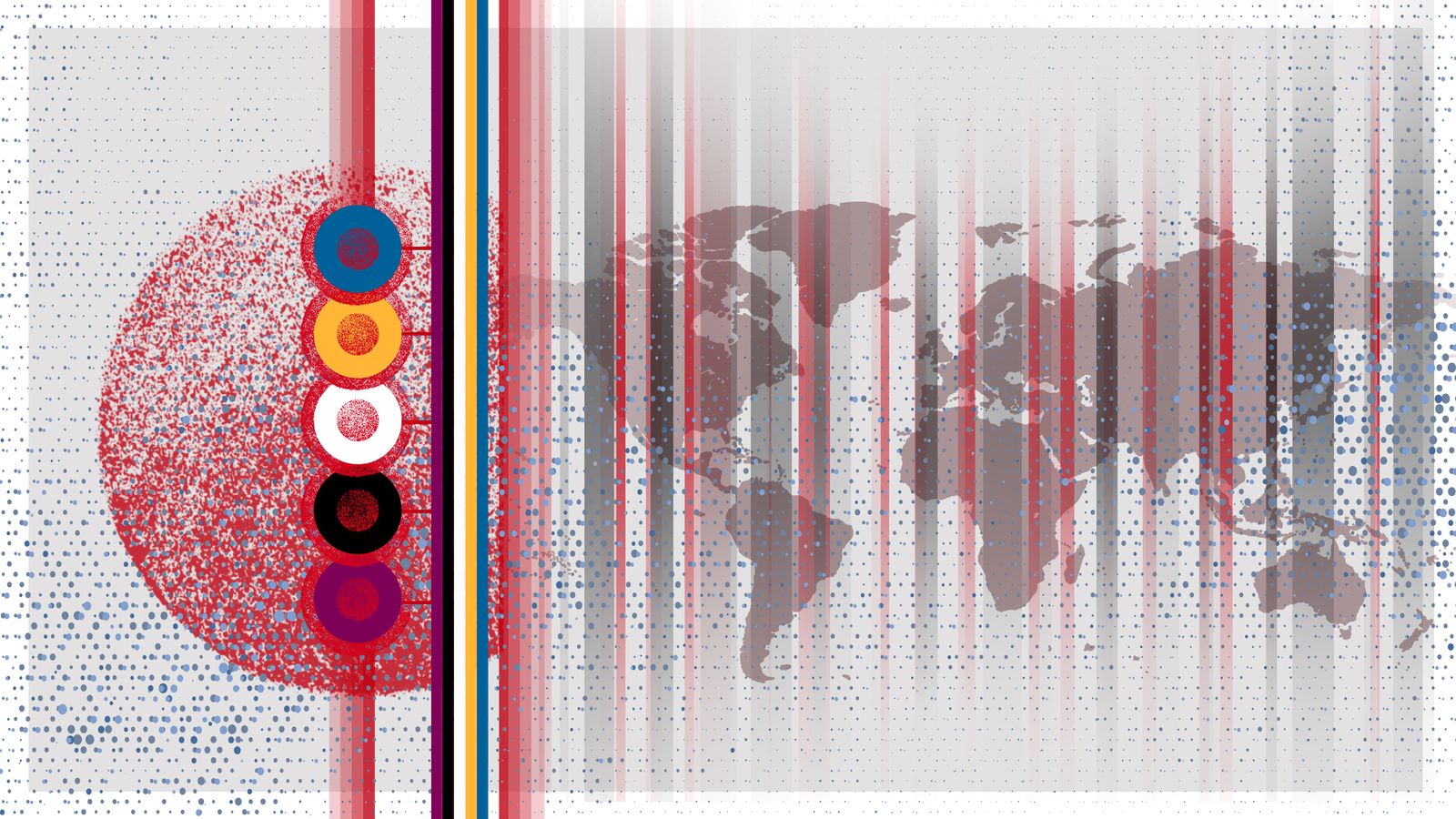 COVID-19: Omicron variant may transmit more through the air. What we know so far about B.1.1.529 strain found in southern Africa

Scientists around the globe are concerned the "horrific" number of mutations could make it highly transmissible, more deadly and make coronavirus jabs less effective.

Airborne in the sense of being in water droplets in the air, sure.

Perspective from The New England Journal of Medicine — The Doctor’s Oldest Tool
www.nejm.org
Click to expand...

When I was diagnosed with cancer I was inundated with all of the cancer cures everyone just knew were flying under the medical establishment's radar, or were being actively suppressed by the pharmaceutical companies. I was sent samples of Laetrile by a friend of mine. Another recommended high-calcium supplemental diet as it was supposed to change the PH of the body, making it more alkaline, which would kill the cancer cells naturally. They all had their reasons and zealous, almost evangelical supporters. Some of it kind of made sense. The alkaline part was not strange as a lot of chemo drugs are more alkaline. I was highly skeptical so we proceeded of course with traditional medicine initially.

After my first chemo treatment, which consisted of a heavy dose of cisplatin along with an IV push of adriamycin, I was completely floored for nearly two weeks. I felt like death. It affected my hearing, some of which persists to this day, I felt like I had been run over by a truck, even my hair hurt, I was vomiting with regularity despite anti-emetics, and it deeply affected my psyche and even my cognition, both of which would end up being long-term chronic conditions.

After a week of as close to hell as I could imagine on earth, these alternatives started to sound really enticing.

I reached out to my friend pushing the what is now called "alkaline water treatment" and they gave me some samples. My wife and I discussed in earnest the pros and cons of changing up my treatment. She was taking it seriously because watching my transformation under just that one treatment scared her to death, shook her to her core, she told me afterward. We had heard the stories. Some guy had a nearly all-carrot diet that supposedly cured his terminal pancreatic cancer. Another used combinations of things to get past it without chemo. We then spoke to my doctor, who I was lucky was not just the single most intelligent human I had ever met, he was also very compassionate and focused on his patients. He walked us through the alternatives. spoke to them intelligently as if he had actually studied these things, and he did not immediately just brush it all aside. In the end, he said he could not guarantee the chemo would work - they had given me less than 15% chance of survival at the outset - but he said his educated opinion was to continue with the chemo. He also said he would still treat me as much as he could even if I chose an alternative route, mainly because no matter what I was looking at surgery at some point. We decided to trust him and continued with the chemo.

In the end, the initial neoadjuvant chemo, was deemed a failure. Less than 10% necrosis, where anything less than 90% was viewed as not very effective. My chemo after my resection surgery was nearly devastating as it lead to my actually dying twice after a bad bout of chemo my body could not metabolize developed into severe pneumonia, and took weeks in ICU to recover. In the end I do not know how much the chemo contributed to my survival, there is really no way to tell. I attribute my survival mostly to the expert surgery team I had (the heads of several surgical groups at the University of Utah participated) as well as proton therapy at Loma Linda University Medical Center. But I am very glad I trusted my doctor and continued with the therapy he recommended, even if it did have far-reaching effects on my life ever since, because there was such a good chance I would not have survived if I had tried some other alternative treatment.

But in the end it is all based on trust. That is all we have to go on. Same with the vaccines and other mitigation techniques we are told to participate in. We can only trust it will work.

It’s the right move and it’s not forever. We will be in a much better place in three weeks and the drop will happen just as fast as it arrives.

Besides, those that won’t wear masks still aren’t going to so it should be no skin off their back.

Joe gets posterized and still doesn’t want to admit he got it wrong. Lol

One Brow said:
Airborne in the sense of being in water droplets in the air, sure.
Click to expand...

In epidemiology the terms 'droplet' and 'airborne' have different meanings than they do in regular English. A droplet is larger than 5 µm. For a pathogen to be considered airborne it must be transmissible via particles smaller than 5 µm. That particle can be liquid, and is referred to as a 'droplet nuclei' rather than a 'droplet'. Google the phrase "droplet versus airborne transmission" and pick whatever source you want to confirm. Any reputable source should use the identical 5 µm dividing line. The Alpha variant was more able to be transmitted in sub-5µm liquids than the wild type, and Delta had an even greater ability to be transmitted via sub-5 µm particles than Alpha. The smallest particles capable of Omicron transmission in are so small that they sail right though the fabric of cloth masks. Omicron is not limited to droplet (larger than 5 µm) transmission but is rather an airborne pathogen.

The Thriller said:
Joe gets posterized and still doesn’t want to admit he got it wrong. Lol

opps, thought I had an ace up the sleeve, turns out it was a duce.

Avery said:
No one could locate N95's as these were reserved for those in the health field and with no supply in hand,
Click to expand...

I bought a supply of NIOSH approved N95 masks very early on. It took several months before I had them in hand, and it was not until the emergence of Omicron before I switched to using them exclusively. The reason I bought them early is just in case this pandemic got really bad.

I just read an article, and of course I can’t find it at the moment. It asked the question, how long would it take, with each type of mask, for a person being in a room with someone who is infected, before the virus infects them? In other words, how long if wearing a cloth, a surgical, an N95? What struck me, and encouraged me, (because, for instance, at the laundromat we use, no masks required, and it’s a small space, insane decision on the owner’s part) is that it stated someone wearing an N95 mask could be in the same room for 25 hours before infection occurred. Wish I could find that, and will keep looking, but that increases my “feel safe” disposition at least. I like the seal they provide. Only mask that does not fog my glasses if I make sure it fits to seal.

Avery said:
I hope that day is soon as Covid's politicization has torn an already fractured nation further apart.
Click to expand...

Why global leaders are terrified about ‘social cohesion erosion’

According to a new survey from the World Economic Forum, it’s the fastest-growing threat to our planet since the COVID crisis struck.

The Thriller said:
Joe gets posterized and still doesn’t want to admit he got it wrong. Lol

It would really help if more Americans knew what was happening outside of their country.

Utah has a population of 3 million and nearly 4,000 covid deaths.

The Thriller said:
It would really help if more Americans knew what was happening outside of their country.

Utah has a population of 3 million and nearly 4,000 covid deaths.
Click to expand...

Australia is a country of 25 million and had fewer than 300,000 babies in 2020. Victoria, the most locked down province, cratered their fertility rate the hardest, all the way down to 1.43 babies per woman. By contrast, in 2020 Utah had a fertility rate of 1.99 babies per woman. It is a unwell world that elects to sacrifice its young and the generation not yet born.

Al-O-Meter said:
Australia is a country of 25 million and had fewer than 300,000 babies in 2020. Victoria, the most locked down province, cratered their fertility rate the hardest, all the way down to 1.43 babies per woman. By contrast, in 2020 Utah had a fertility rate of 1.99 babies per woman. It is a unwell world that elects to sacrifice its young and the generation not yet born.
Click to expand...

I have Covid and the last 4 days have been hell. It's scary not being able to breathe because your throat is so swollen for a few days only to be followed by tightness in your chest and lungs.

This, by far, is the worst I've ever been sick. I would have gone to the ER multiple times the last few days but my new insurance hasn't kicked in. I'd rather chance death than have a huge medical bill.

This sucks.
You must log in or register to reply here.