It’s time to embrace who the Utah Jazz are THE VILLAIN!!

Good article about how disrespected the jazz have been for the last 25-30 years, setting up the origin story for the jazz becoming the villains of the nba and how that can lead to the jazz getting the respect it deserves. Fun article, though it opens old wounds. Lol. Fun read though.

Thoughts? Can this team be the villain and would it be beneficial? 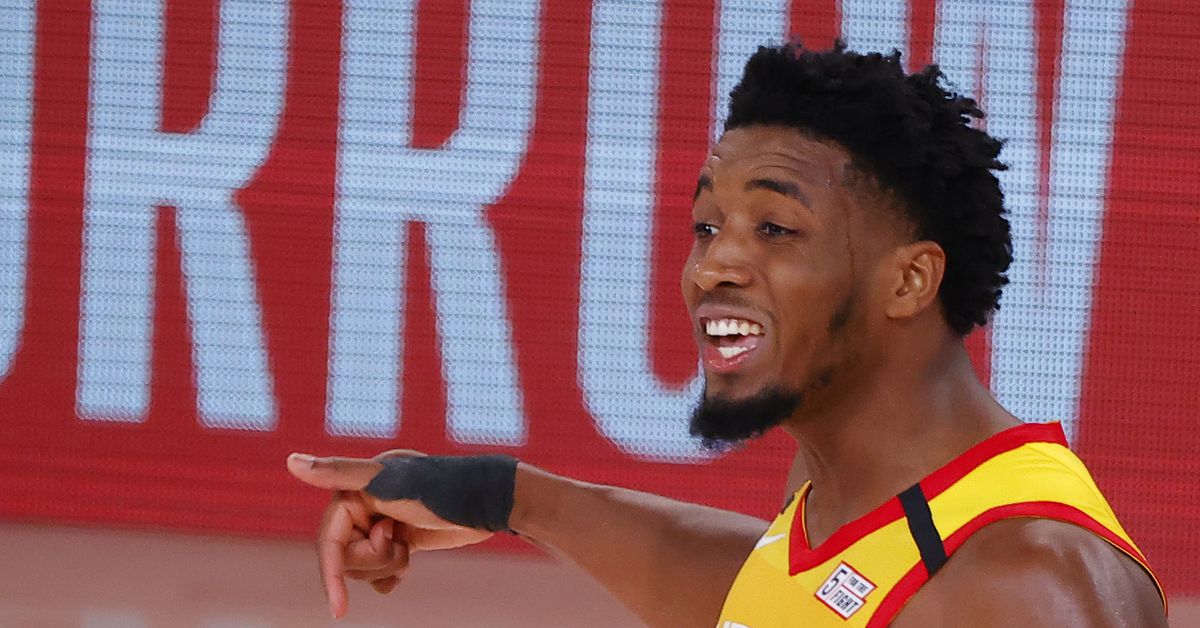 It’s time for the Utah Jazz to embrace what they are destined to be, the villain

This is the opportunity they should be embracing

I really do not understand this idea. Jazz have always been one of the best run organizations. Their players play hard and especially this team it is fun to watch play. I think the disrespect has more to do with the perception of Utah as a state. The population of Utah for blacks is about 2 percent while the NBA is approx. 75 black so there is certainly not a good understanding of Utah from NBA players. It is not a great place socially for black people to socialize. Even the nice compliments of players who have played here has had little effect on the this perception. This is changing a little but the media still pushes it and then you have the stigma that Utah is filled with weird Mormons certainly doesn't help. Now I do not think all Mormons are weird but it is there for many people outside of the state.

Contributor
My question about all this is what is the response of ownership. Remember all the years of Mark Cuban and his beef with the league and the officiating, then it ended with the mavs winning the championship. Is our ownership just too nice? I'd really be interested in what goes on in conversations among the league owners. You would think they would have enough pull to change this aspect somewhat.

All you need is Rudy and Donovan. They have it in them. They are the leaders of this team. The team will take on their identity. Ingles is a natural irritant. It’s Rudy and Donovan that sets the tone for the team and other teams always comment at how Quin looks like a villain. Lol

Thee Idiotic Minivan K said:
All you need is Rudy and Donovan. They have it in them. They are the leaders of this team. The team will take on their identity. Ingles is a natural irritant. It’s Rudy and Donovan that sets the tone for the team and other teams always comment at how Quin looks like a villain. Lol
Click to expand...

In this vein, I always felt that QS doesn't get enough technicals. Look at Sloan. Often in rough stretches he would light up a ref as his team went to time out and get that tech BEFORE going to talk to his team. Often he would have to be restrained even. I think that is partly just that he was so passionate, but I would not doubt if part of it was on purpose to get his team engaged and fired up. You are feeling knocked down and picked on and instead of just hanging your head you watch your team leader go to bat for you to the point they get a fine and it means something more.

Contributor
2019 Award Winner
I like it. But we need to bring in an enforcer.

Contributor
It’s time to nut up and not let teams and the refs **** with us. Donovan calling it out is the first step. Hopefully that game, and the all Star disrespect will light a fire. If not, the league is right about us.


Sent from my iPhone using Tapatalk

tfivas said:
Rudy and Don definitely don't have it in them. They care way too much about being liked. Especially Rudy.
Click to expand...

I think this is why they don't get much respect around the league, especially Rudy. I think Rudy and his emotional outbursts and crying episodes, instead of conveying his passion, made him look like the little kid on the playground crying to his mom about no one wanting to play with him. If he had gotten pissed instead and pushed it back on everyone else it would have come across differently.

Don't get me wrong, I love our guys largely because they play for the love of the game, they care about each other, and they deserved to get recognized for that, but there is no way to deny that the league is a bunch of locker room guys, and the prevailing thought processes are more along the lines of toxic masculinity than inclusion and tolerance.

I have been to games, at the floor level, I have heard the stuff these guys say to each other, both in jest and when they are pissed off. Plenty of stuff flying around such as "you are such a *****" that shows that locker room mentality is alive and well. Our guys, outside of maybe Joe, don't really engage in a lot of that from player to player. I think they need to trash talk more, showboat more, embellish more. If they don't, they won't get the respect of their peers or the refs, or the league in general.

Maybe it is time to become the Bad Boy Jazz. Knock someone down and get the T for taunting.


By the way, shouldn't Embiid have gotten a T for taunting when he was walking up and down the court calling for a T on Mitchell. I never really liked Embiid before, but now he is cemented as douchenozzle #1 in my eyes.

I hope we do face them in the finals and kick their asses. Then I hope when it is all over and they are shaking hands and what not that our entire team just slaps them away and walks off the court, with a nice little "**** you" to go.
You must log in or register to reply here.